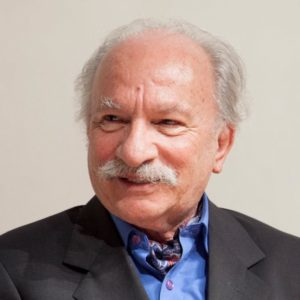 SPACE Studies is happy to announce Professor Mohammad Mansour Falamaki (Founder and Director of “Faza Scientific cultural institute” and Professor of Azad University) as the keynote speaker of SPACE International Conference 2021 on Architectural Design and Theory. The conference will take place virtually on 26 and 27 February 2021.

Mohammad Mansour Falamaki was born in Mashad, 1934. He has completed his PhD in architecture from the Venice School of Architecture in Italy (1962). He is specialised in Restoration of Historical Monuments and urban planning in Milan and Rome (1962-1968). He was a University of Teheran Professor in School of Architecture between 1968 and 2008. He is the Founder and has been the Director of “Faza Scientific cultural institute” which is in Tehran since 1983 and as well as being a Professor of Azad University in various cities (now). He has been recognised as “the everlasting people” (Tehran 2010) and “Onoreficenza di Cavaliere” (Rome, 2013).